He spelled out "I love you" in jolly ranchers on his bed.

It was our very first Valentine's Day. Scott and I had only been dating since November and he went all mushy gushy. He gave me roses and a teddy bear and picked out a beautiful heart-shaped necklace.

But the jolly ranchers got me.
I just thought it was the sweetest, and I couldn't believe that someone actually felt that way about me.

It's hard to imagine, but not only is Scott the only person I ever loved, he was my first real boyfriend.
There were crushes and flings. Dates and dances.

But Scott was the only guy I had really fallen for. And, he fell for me too.

It was a whirlwind romance. Yes. Cliché. I know. But it was. Really.

We couldn't spend enough time with each other. And seven months after we met he proposed.

Everything seemed to happen fast with us. We were married, and then Julie was born on our second anniversary, and then we moved to a new town and we had Johnny.

Somehow years passed, and here we are married for a decade with two not-so-little kids.
In the busy days of living life, it's easy to forget about each other. It's easy to not remember what it felt like to snuggle on the couch and watch "Alias", or how nice it was to hold hands just walking around the block, or how competitive we were and how we tried to beat each other in Scrabble or Rummikub or Mastermind or ping pong.

To get caught up in life---that's the easy way out.

To take time and dig deep to remember the love isn't always easy but there's no other way to live.

That's why the card this morning meant so much, and the handwritten note he mailed to me while he was traveling was just enough to say he was thinking of me.

And the flowers delivered to our door after lunch weren't really necessary after 10 years of marriage. But he's my first love....and my last. And that's how it will be. 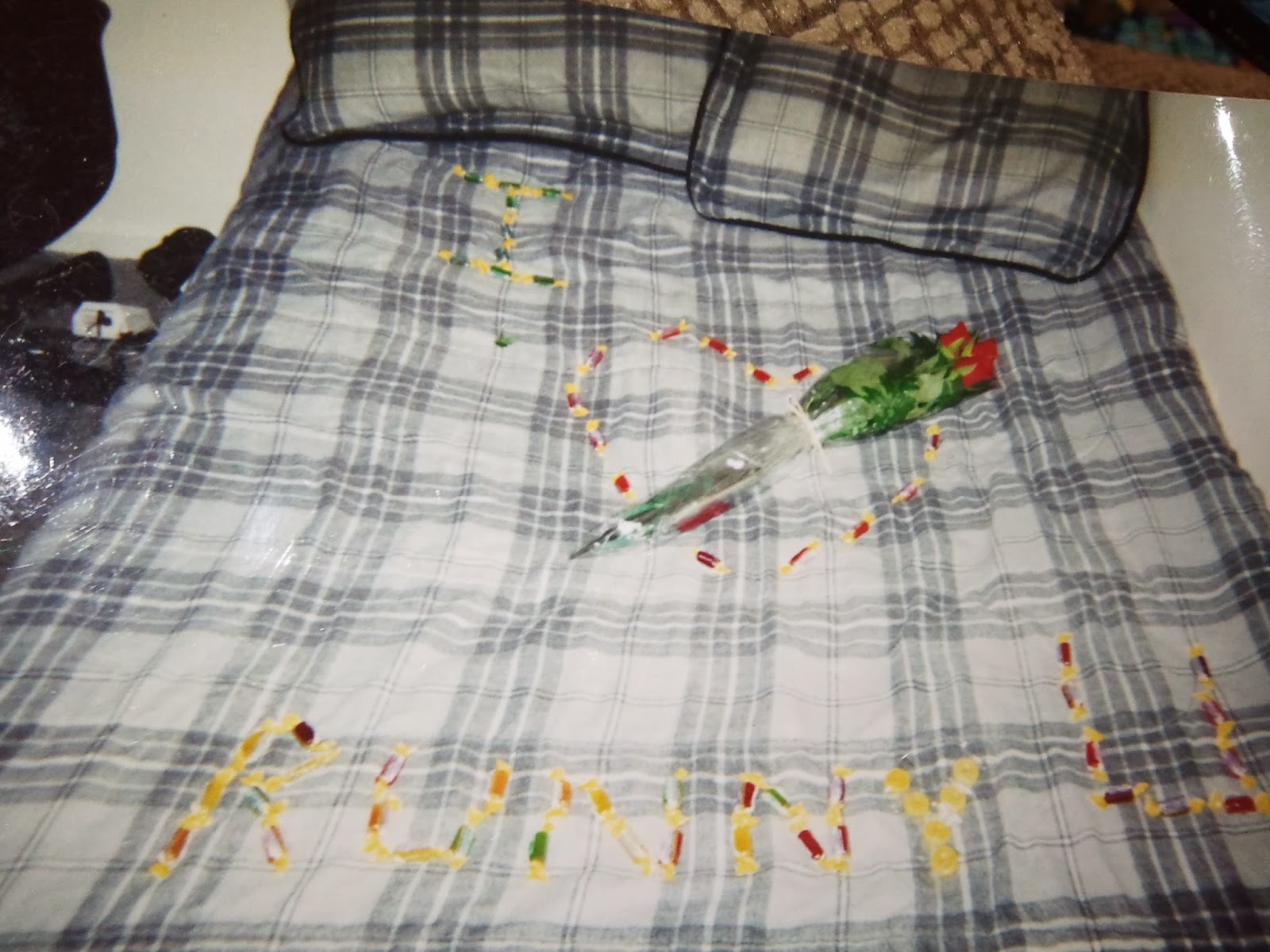 Posted by Kristy MacKaben at 10:54 AM