There’s a reason Rosemont’s new entertainment complex has been dubbed the “Mini-Mile“ a nod to Chicago’s famed Magnificent Mile. In the heart of Rosemont, MB Financial Park in Rosemont (www.rosemont.com) has plenty to offer from restaurants and bars to a luxury movie theatre, an upscale bowling alley and a comedy club,…not to mention it’s situated within walking distance from the new Fashion Outlets of Chicago.


(In the spring, a new restaurant called Sugar Factory with a focus on fun drinks and desserts will open, as well as iFLY, an indoor skydiving facility.)


My family of four spent Friday night and most of Saturday in Rosemont for a little staycation. We stayed at Aloft (www.aloftchicagoohare.com)---a trendy, fun hotel steps from the restaurants and across the street from the outlets. Though Aloft would be perfect for a couple’s weekend away, the hotel was a fun family retreat. The indoor swimming pool was an immediate draw for our kids (Johnny, 4, and Julie, 8) and the lobby was filled with board games (Sorry and Jenga to name a few) to play by the fireplace. Ideally parents could sip a few cocktails at the bar while their kids played games. We, however, returned back to the hotel after a busy night, so we decided to head back to the room.


First on our staycation agenda was a trip to the outlets. I was more than a little curious about the Tory Burch outlet, my husband Scott wanted to check out Under Armour and Julie and Johnny were begging to stop by the Disney Store outlet. At the Disney outlet we were just in time for an animation class where the kids were given Mickey Mouse ears to wear as they learned step-by-step how to draw Mickey Mouse. Of course we didn’t leave without buying a few stuffed animals. Julie and Johnny chose the adorable pea pods from Toy Story.


Before leaving the mall, we couldn’t pass by Lolli and Pops. The colorful candy store was like a walk back in time to the old penny candy stores, yet, the store had an almost futuristic feel. Every room in the candy store is uniquely decorated and features a different type of candy. As we were given a special tour, the kids were treated to samples of pretty much any candy they desired. They had never seen so many variations of gummy bears, chocolate-covered pretzels and lollipops.


After our sugar high, we headed to dinner. Yes. We know. Consuming large amounts of candy before a sit-down dinner isn’t a great idea. Luckily, Hofbrauhaus (www.hofbrauhauschicago.com) is loud and fun. Hyper kids don’t seem to faze the servers, and the performers encourage crazy audience participation. The large German pretzels with a bevy of dips was an awesome appetizer, which Scott and I washed down with German beer brewed onsite. Then, there was schnitzel, and wieners and strudel. All of this was consumed while we danced, sang, clapped, cheered, clinked glasses and enjoyed one of the most entertaining performances we’ve experienced while eating dinner with kids. (Other family-friendly restaurants at MB Financial park include I love Toby Keith’s Bar and Grill featuring barbecue and American fare and Adobe Gilas, a Mexican restaurant.)


And, what a wonderful feeling to simply walk back to our hotel room at Aloft after a night of dinner, drinks and dancing. Back at the hotel, we decided to skip the swimming pool and games, and just crash for the night. But, as soon as the kids woke up, they were slipping on their swimsuits. Breakfast was a ’la carte which was fast and simple. Perfect for our family because we were ready to swim and try out some of Rosemont’s other attractions.


Following our dip in the pool, we decided to try Kings Rosemont(kingsbowlamerica.com)—which is unlike your neighborhood bowling alley. This place is hopping with partiers on weekend nights ready to dance and sing karaoke (on Fridays), but during the day families are welcome. We were treated to a couple games in a private room where we munched on some pretty amazing food. Steak salad, Cobb salad and fresh guacamole—nothing like your typically greasy bowling alley fare. The menu even had fresh fish, frozen drinks and plenty of burgers, soups, sandwiches and appetizers. The manager said the slogan at Kings is “A restaurant with a bowling alley”---not the other way around.  We would have to agree with that, though we gave the bowling two thumbs up.


The entire staycation earned, in our opinions, five family stars. We will be back. 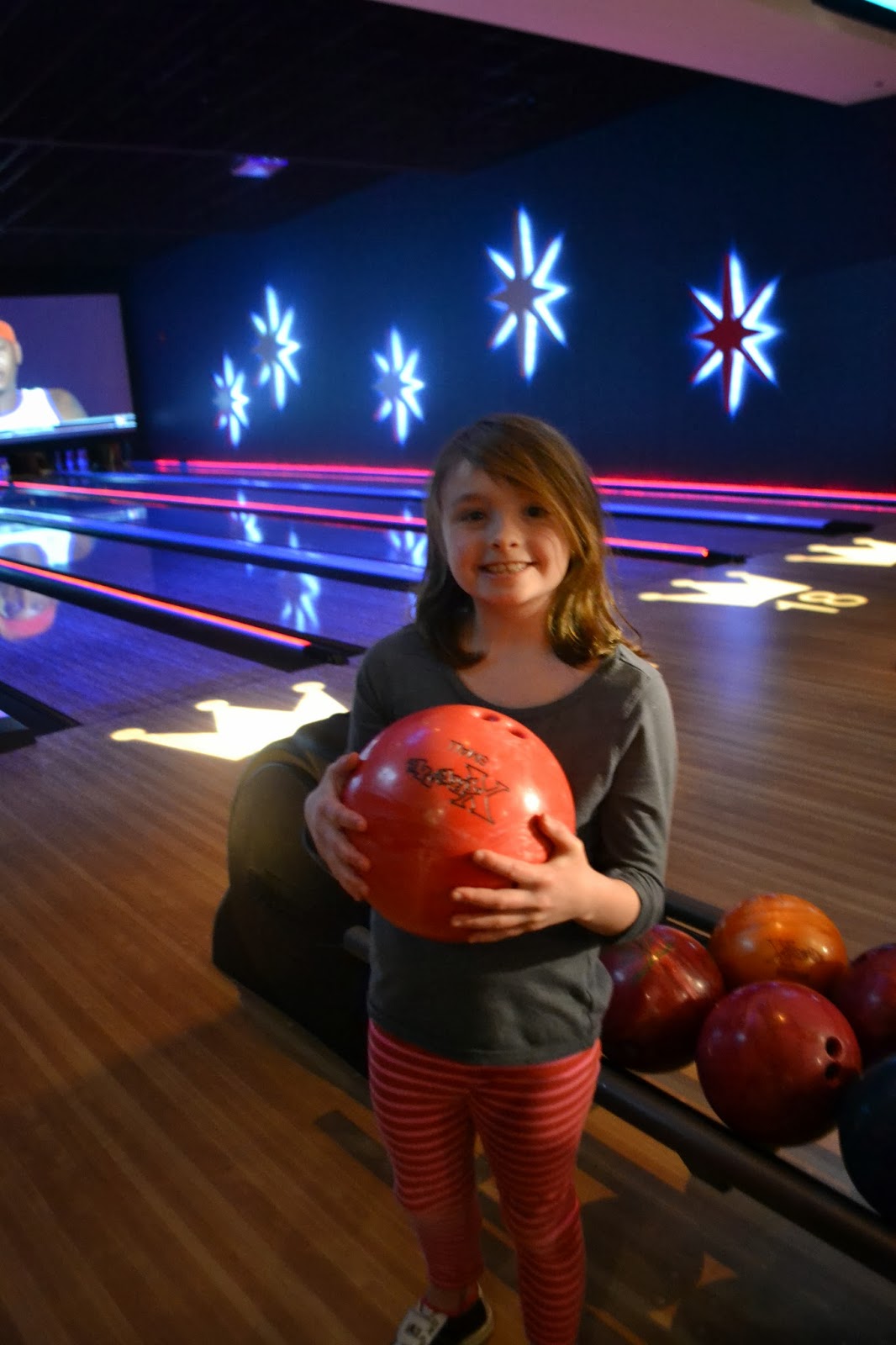 Posted by Kristy MacKaben at 8:38 PM