There's a very real possibility that our youngest might blow the whole realm of fantasy for Julie. He just might figure it all out first.
Here's the most recent example:

Waiting  in line for the Easter Bunny, Johnny loudly announces "That bunny's mouth is fake.  So are his eyes. There's no way he can talk or see."

He had a point. The bunny was probably one of the worst we had visited.

Appalled, Julie looks at Johnny and says "No way. His mouth and eyes are totally real. He's just staring right now." Then, she pouts a little, seeming to ponder. "Look. His ears are moving. He's totally real."

Of course she didn't notice the fan blowing the bunny's ears ever so slightly.

Johnny kept talking about the fake bunny all the way until the front of the line, probably pissing off plenty of parents trying to keep the magic alive.

I have to admit. I've never been a real fan of the Easter bunny. He's terrifying to some kids, and to others, he's just unbelievable. I mean a 5.5-foot bunny?

It amazes me that 8 1/2 year old Julie has yet to catch on that this Easter bunny at the mall is just someone wearing a really crappy costume. I mean I think she knows that mascots are really people inside them, and that the characters at Disney World are actually people. (I think??) 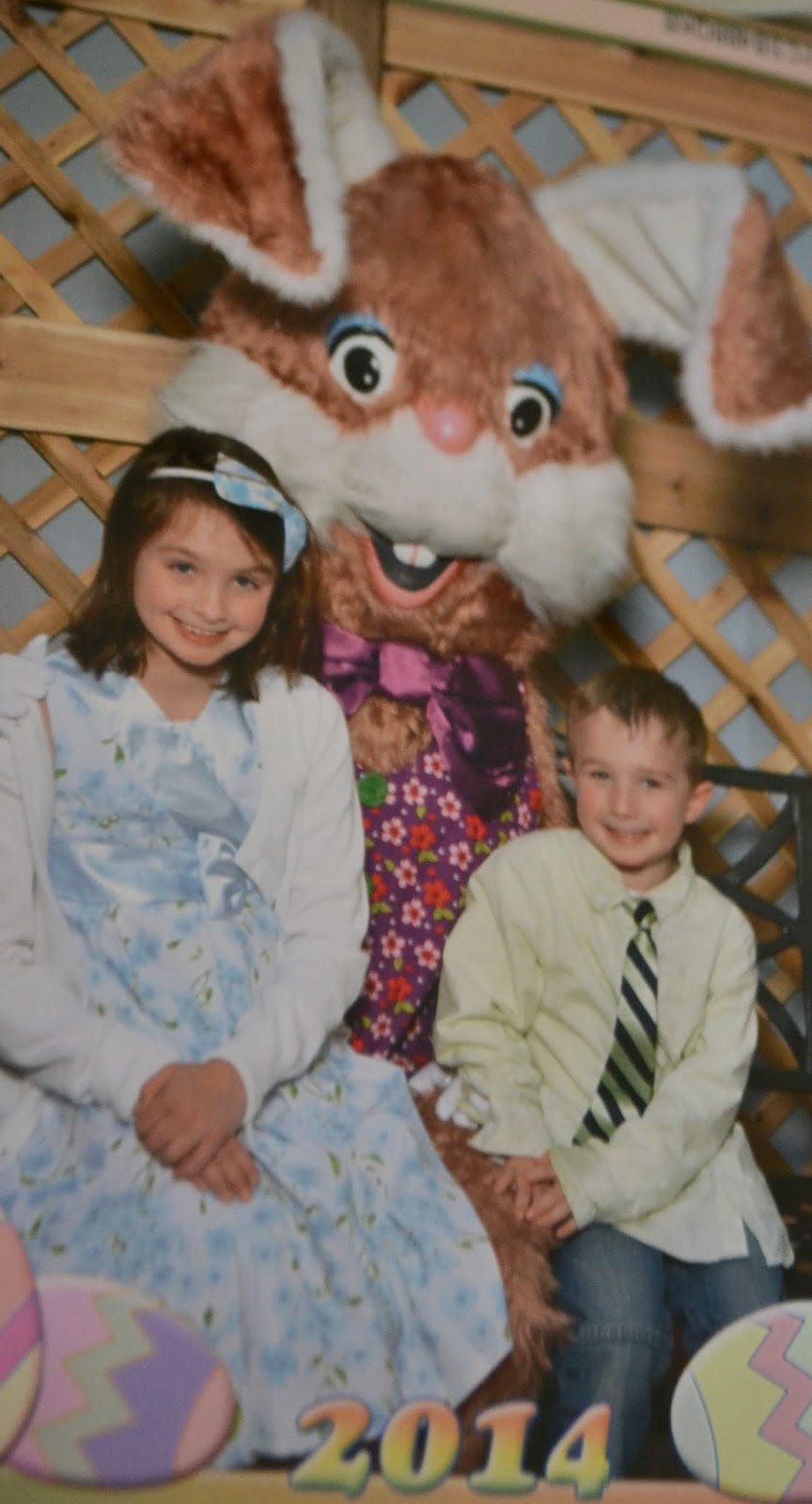 Posted by Kristy MacKaben at 1:45 PM