"Mommy....are you the leprechaun? Did you do all that leprechaun stuff?" Johnny asked me yesterday---pointing to the plates of shamrock cookies and gold coins. "The kids on the bus said that there are no such things as leprechauns and that you probably did all that stuff."

My mouth dropped. "Now. Why would I do a thing like that?" I said, barely able to look my 5-year-old son in the eye.

After 9 1/2 years as a mom, this is the first time I have been accused of being one of the magical creatures that visits our house. And I was busted by my kindergartener. What the heck?

Our innocent, naïve and gullible Julie simply responded "Johnny. The kids that said that aren't Irish. Of course you don't have a leprechaun if you're not Irish."  Leave it to the big sister to save the day.

That was enough for Johnny, but it got me thinking how close we are to the lid being blown off all this stuff. In a couple weeks we'll be making the obligatory visit to the Easter Bunny, who is so fake to the point of being creepy. I mean---a 6-foot-tall bunny with vented eye and mouth holes?? Come on. There's no way 9-year-old Julie can possibly keep believing that tale this year.

But, who knows. We are in so deep with all of this, that if one thing doesn't exist, it all crumbles. Easter Bunny, leprechaun, the Elf, tooth fairy, Christmas Angel and of course Santa---it's done once the cover is blown on one.

I'm not sure why I care so much about their belief in these fantasy characters, but I do. I try so hard to preserve their faith in these beings....so much so that the kids almost develop personal relationships with them. That probably sounds deranged and maybe it's even cruel because one day they'll figure out it's all a sham. 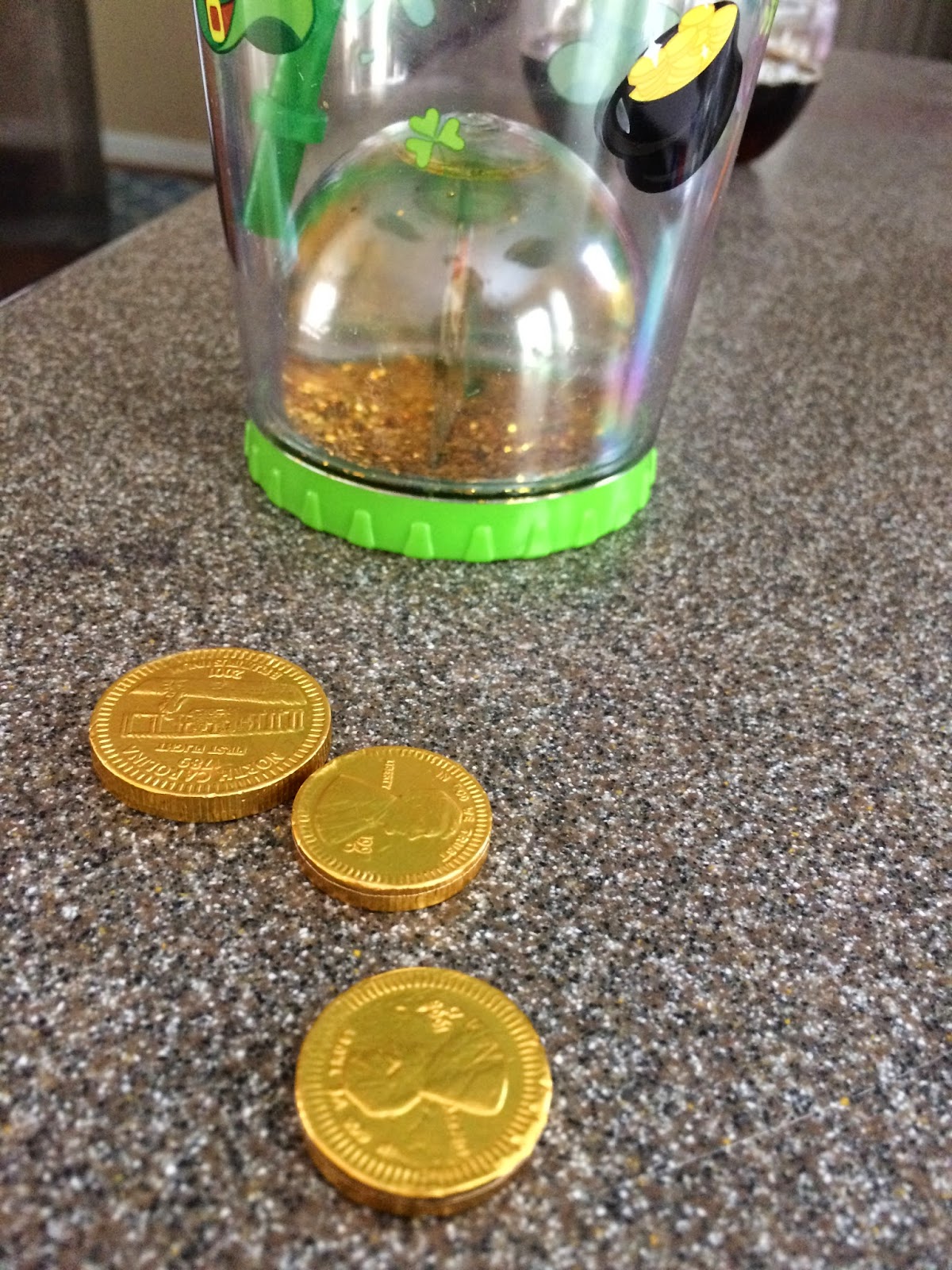 Posted by Kristy MacKaben at 11:21 AM