Remember the lists?
You know...those lists everyone made in school? And if you weren't the ones making the lists, you at least saw them, or maybe your name appeared on the list somewhere.
Sometimes they ranked the kids in your class. Cutest to ugliest. Smartest to dumbest. Nicest to meanest. Most popular to least popular.
Or sometimes they were kind of like superlatives. Most likely to be a doctor. Class clown. Prettiest.
In 6th grade I was once listed as the "Weirdest" in class. I kind of liked it. Not sure why...
As a parent, I didn't think I'd set eyes on a list until Julie and Johnny were in middle school...or at least upper elementary.
This is what I found in Julie's backpack last week. 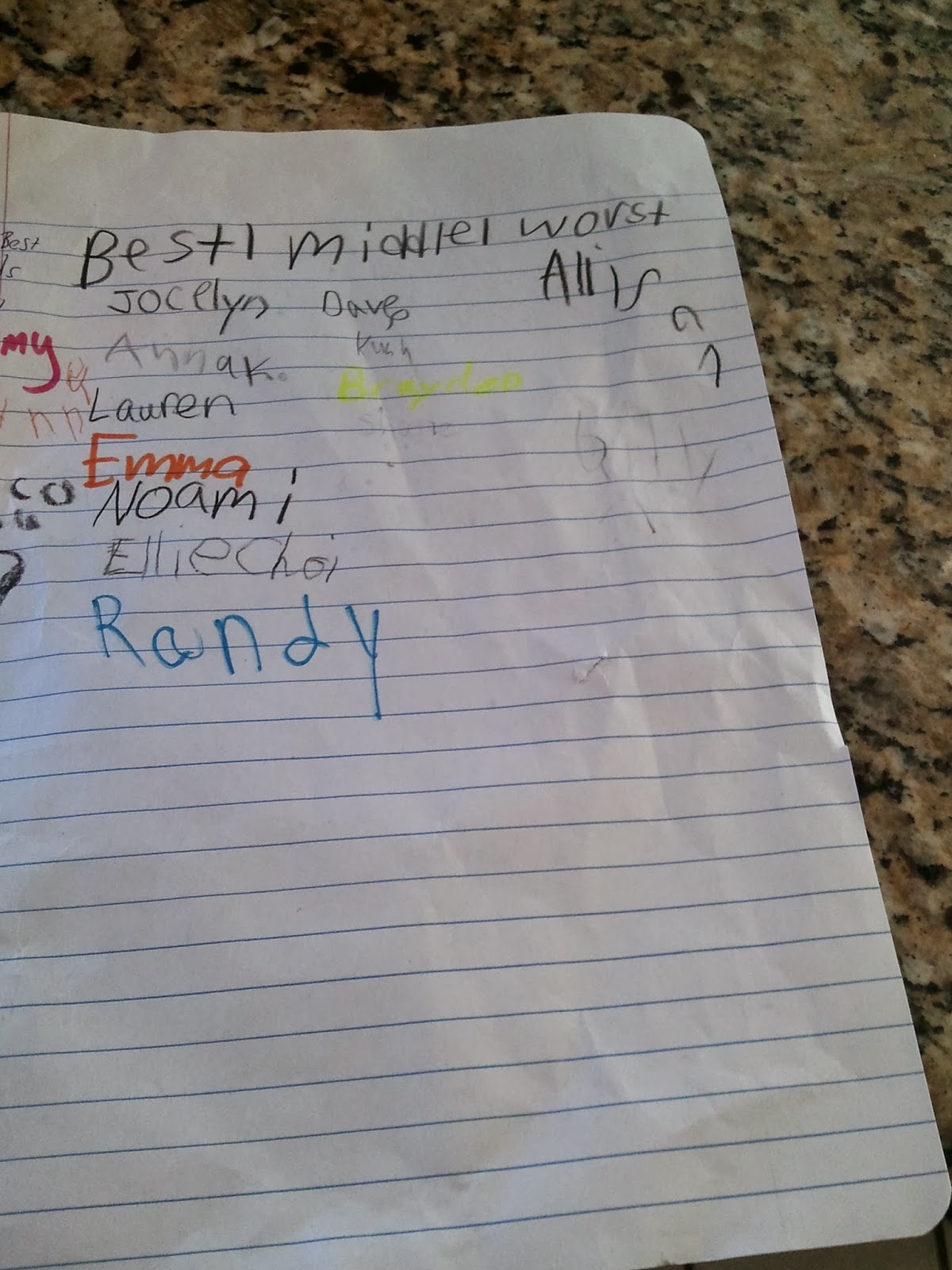 I was in shock. "Best. Middle. Worst."
Was she ranking the kids in her class? Was she the mean girl? What second grader lists her classmates under those categories.
Then, I quickly realized the kids had signed their own names. They had decided where to put their names. And Julie explained she wanted kids to write whether they were her best, middle or worst friends. Now that's just asking for someone to hurt your feelings.
"I just thought they might all put best," Julie told me, explaining she was a little sad one classmate had decided she was her "worst" friend.
I told her the girl was probably just being silly. But, secretly I was kind of pissed. What girl puts "worst friend" on my daughter's list? Sure, she was asking for it. But, that's BS.
Then, I explained to Julie that listing people or friends is pretty  much always a bad idea.
And, when she wasn't looking, Scott and I made another category "Super Best Friends" and we wrote our names underneath.
Take that worst friend.
﻿
Posted by Kristy MacKaben at 12:50 PM